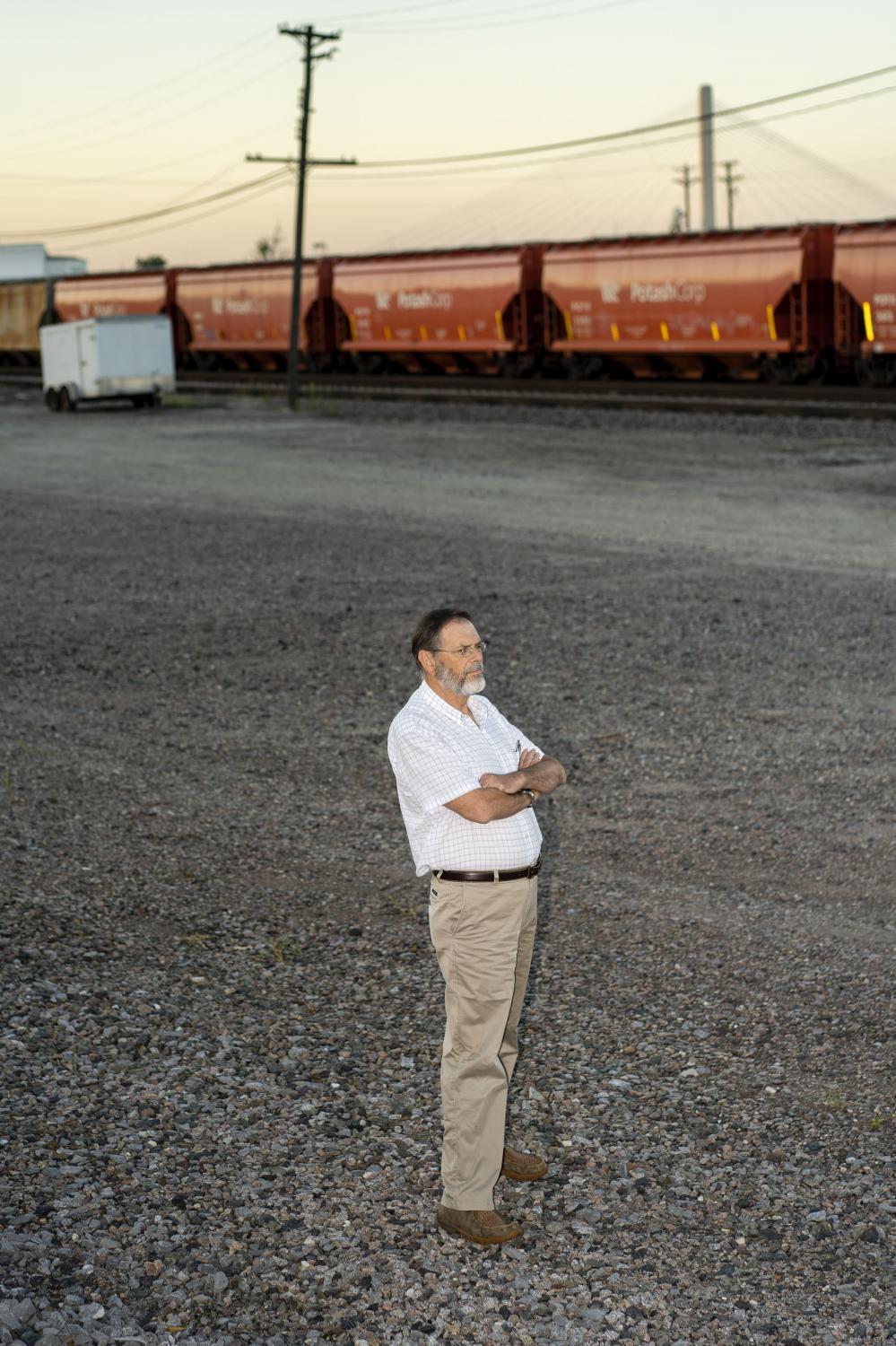 Dale Alison stands near the railyard behind the office of the Burlington Hawk Eye in Burlington, Iowa on Saturday, August 14, 2021. Alison was a veteran staffer and editor at the Hawk Eye, Iowa's oldest newspaper, until he was let go shortly after the hedge fund GateHouse bought the paper. KC McGinnis for The Atlantic 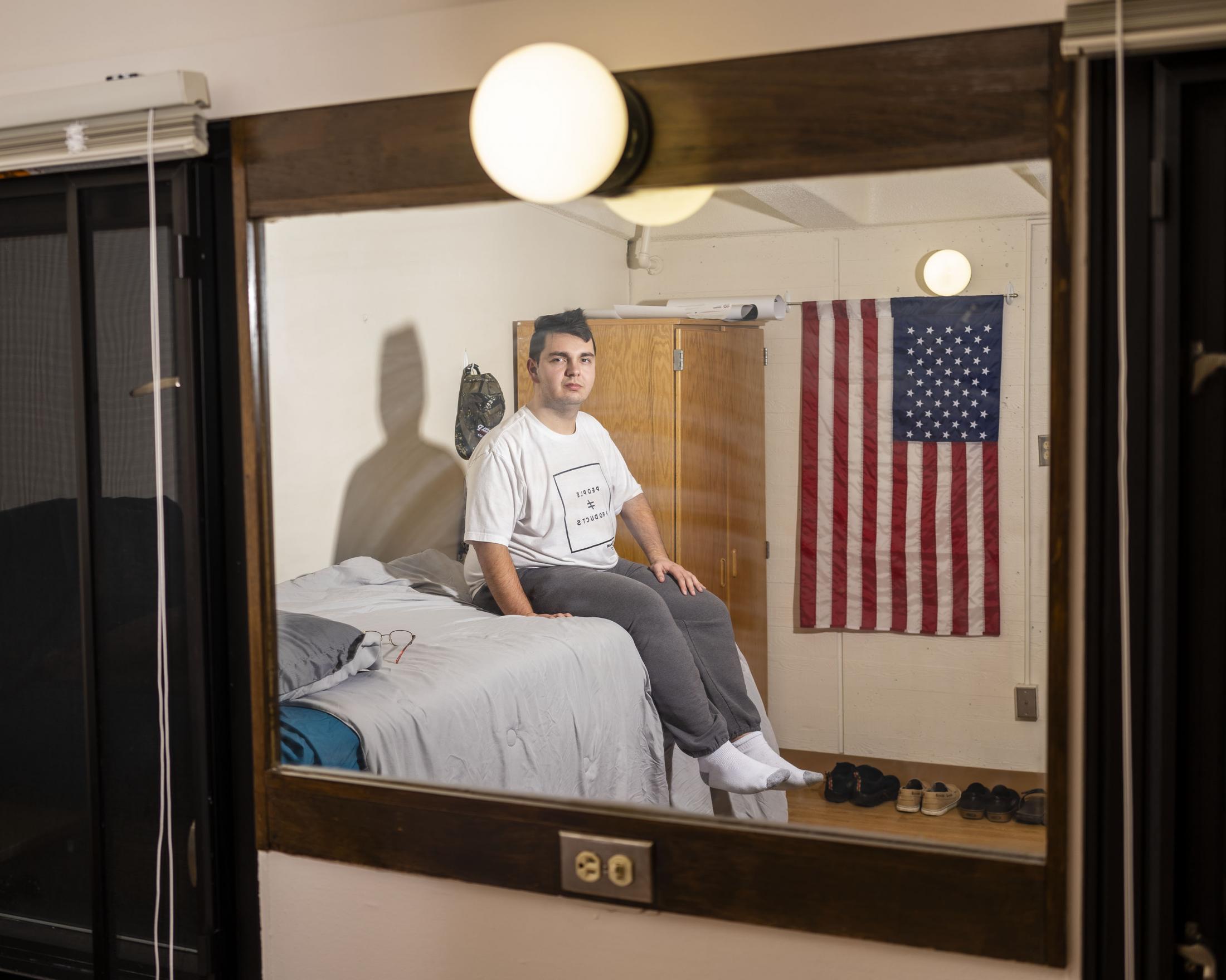 AMES, IOWA - JANUARY 15, 2020: Ryan Hurley, a member of the Iowa State University College Republicans, sits on his bed in his dorm room at Iowa State University in Ames, Iowa on Wednesday, January 15, 2020. Iowa State has banned chalk messaging on the school's sidewalks, a ban that Hurley opposes. CREDIT: KC McGinnis for The New York Times 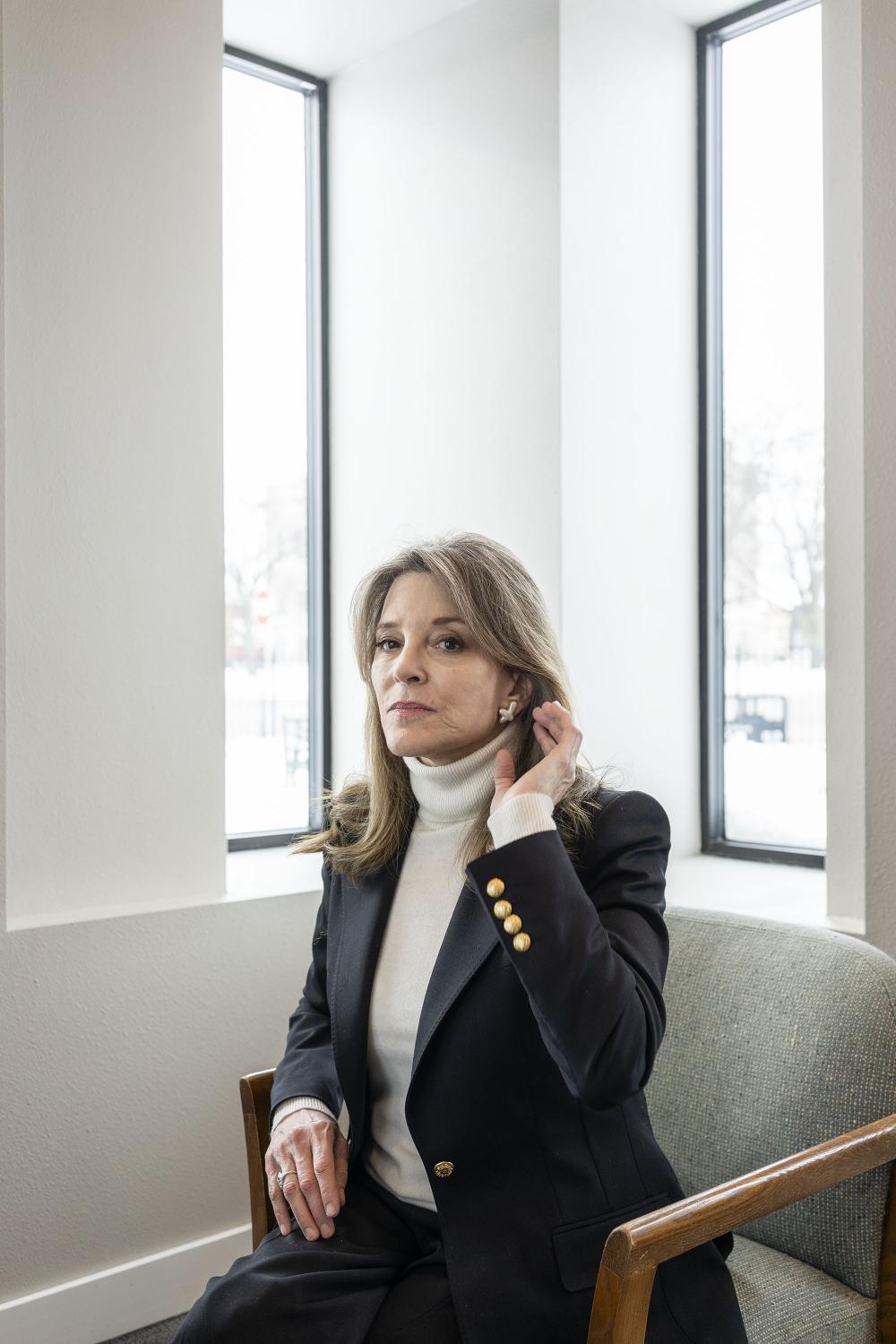 Marianne Williamson poses for a portrait after a Town Hall hosted by Greene County Democrats in Jefferson, Iowa on Saturday, March 2, 2019. KC McGinnis for Buzzfeed News 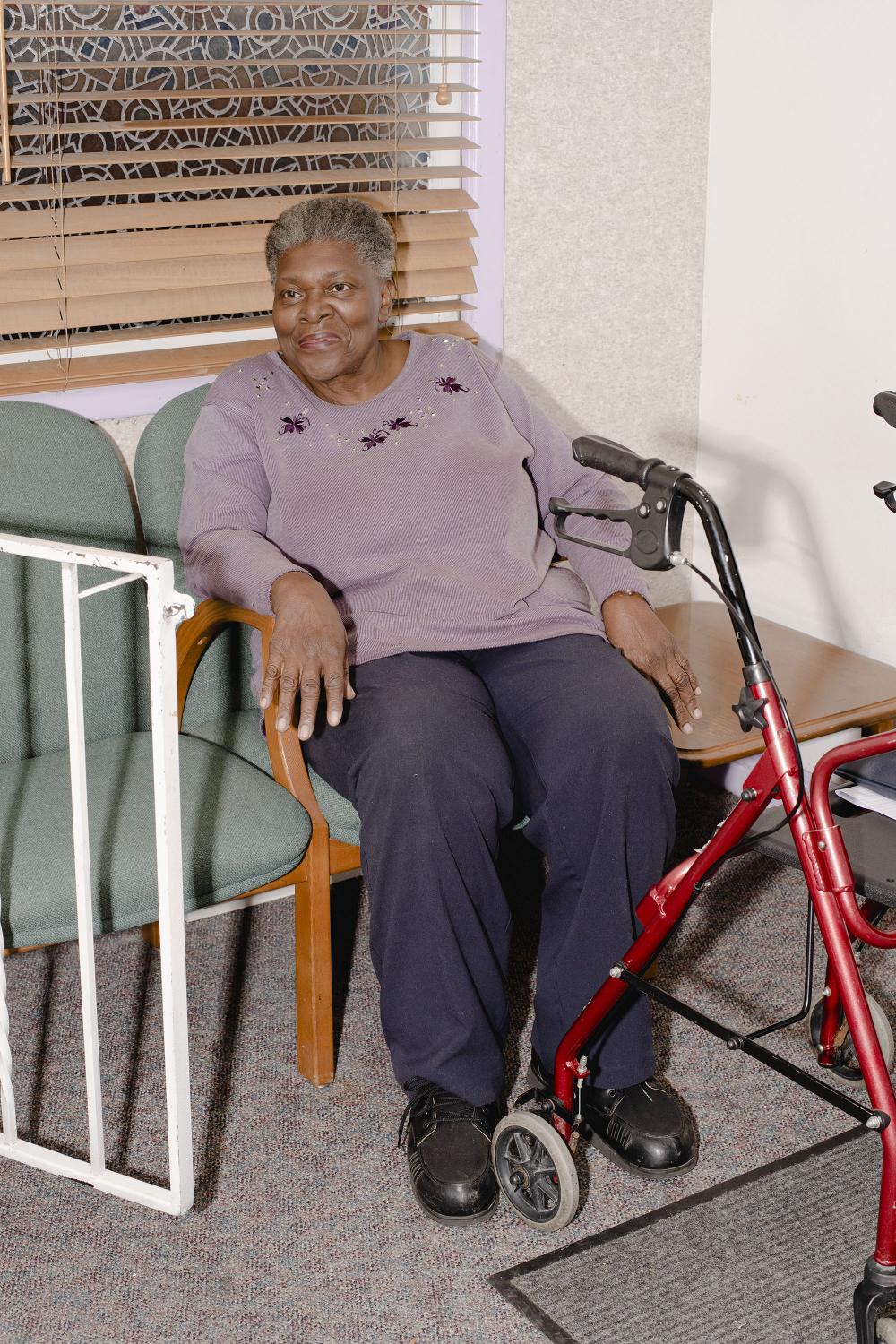 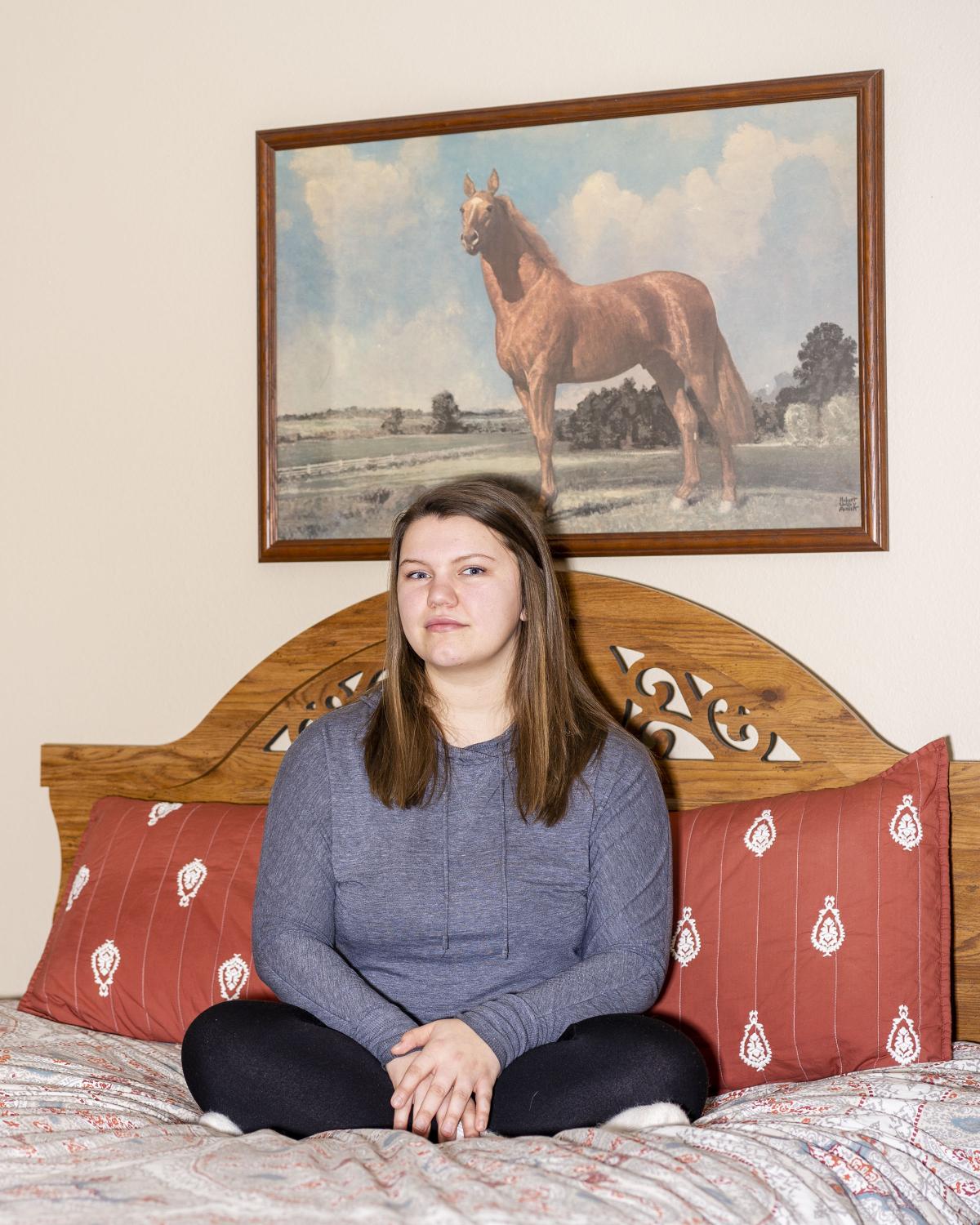 Rachel Riley sits on her bed in her room at her family's home in Winterset, Iowa on Sunday, January 19, 2020. KC McGinnis for Stern. 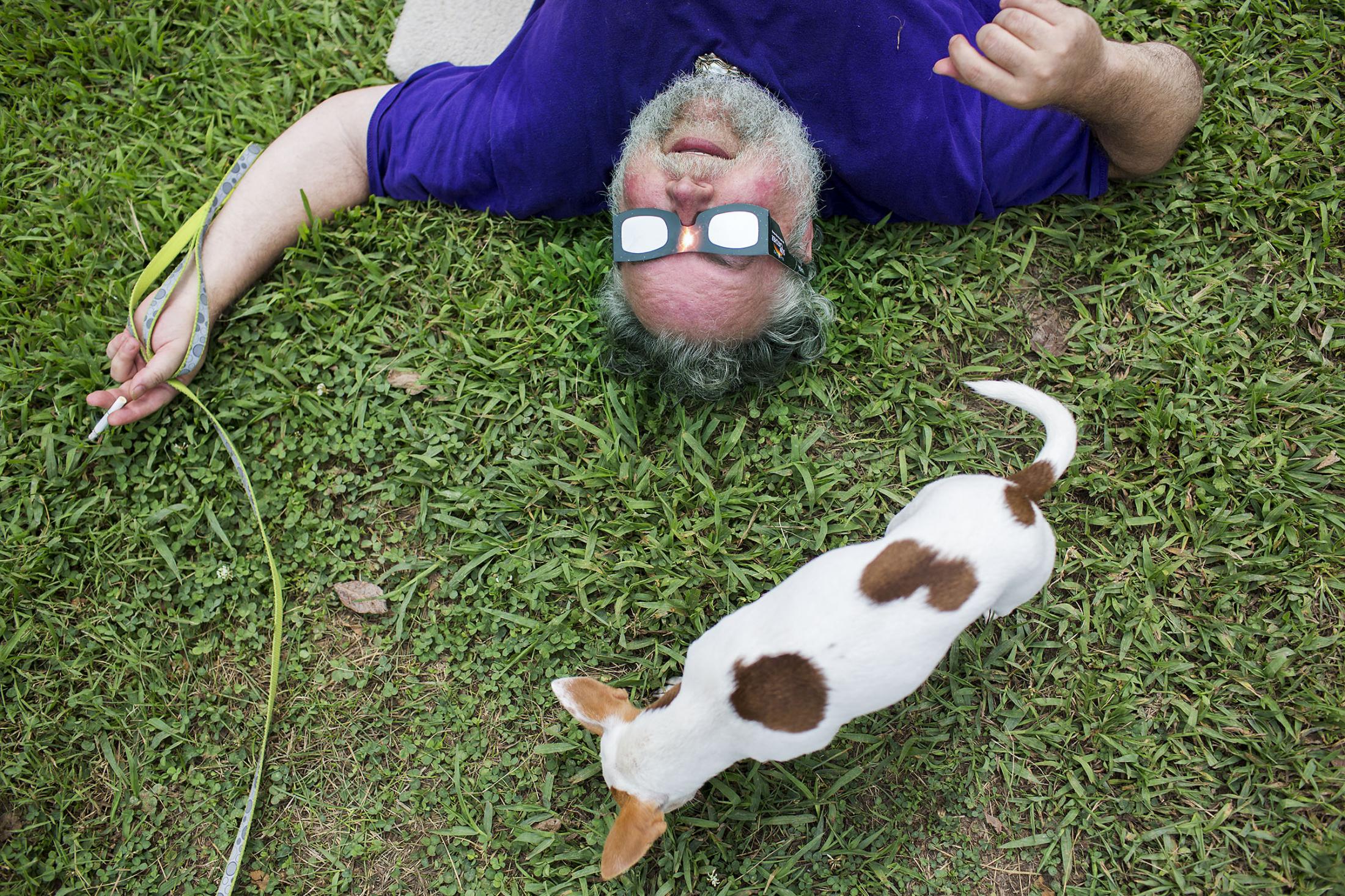 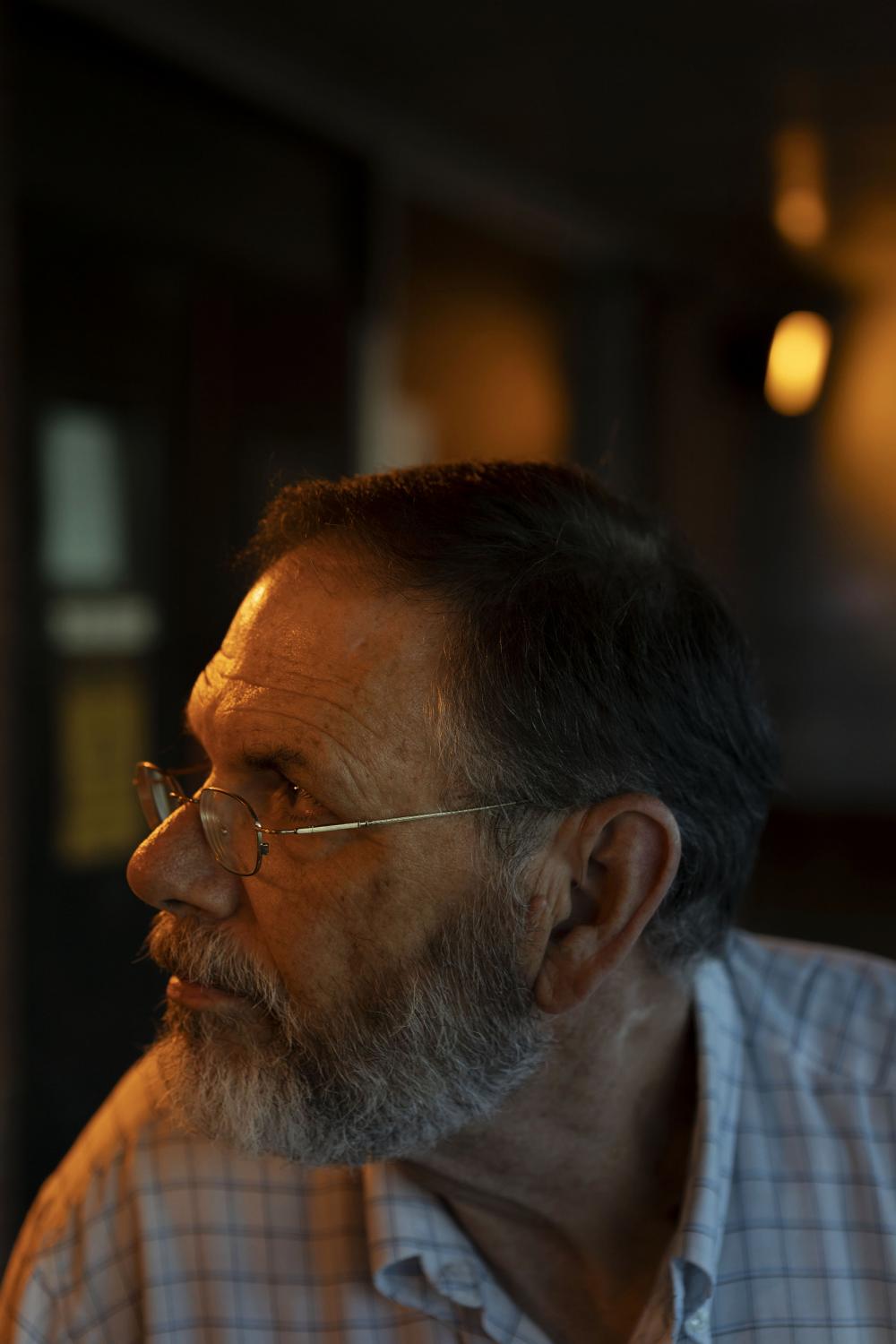 Dale Alison stands near a delivery station at the office of the Burlington Hawk Eye in Burlington, Iowa on Saturday, August 14, 2021. Alison was a veteran staffer and editor at the Hawk Eye, Iowa's oldest newspaper, until he was let go shortly after the hedge fund GateHouse bought the paper. KC McGinnis for The Atlantic 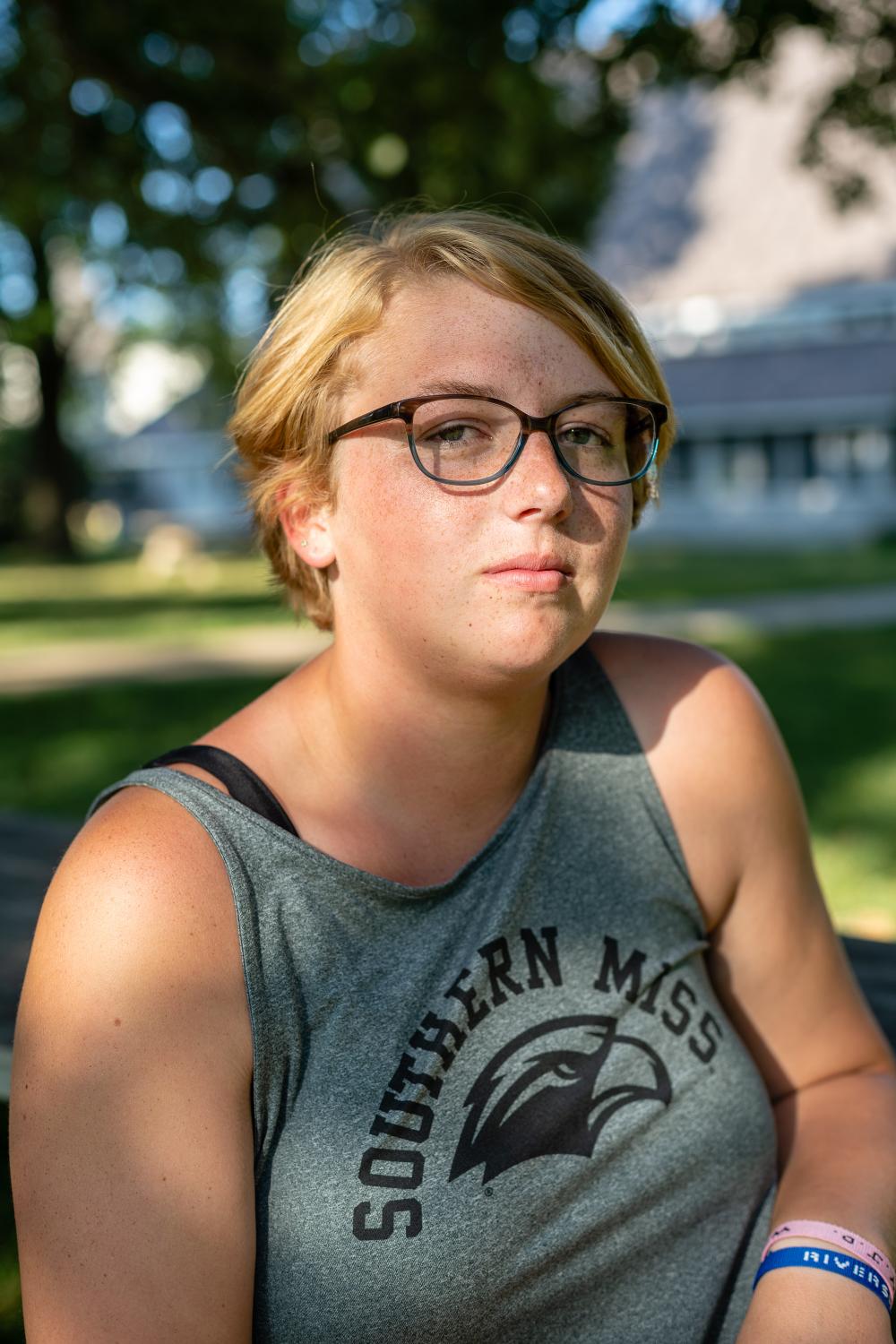 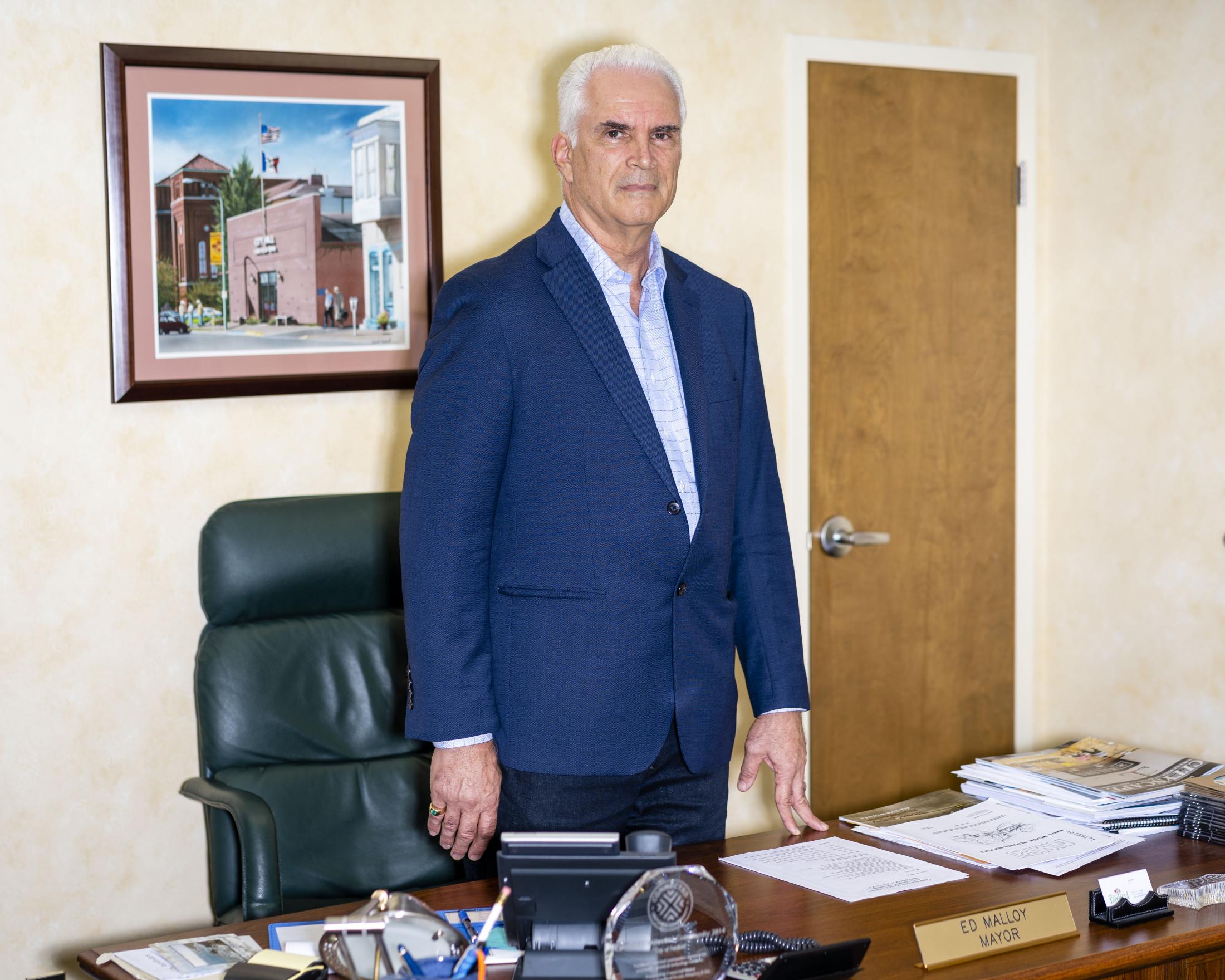 Fairfield mayor Ed Malloy poses for a portrait in his office at City Hall in Fairfield, Iowa on Saturday, September 21, 2019. Malloy has previously moderated discussions with 2020 presidential candidate Marianne Williamson, and like many Fairfield residents is a practitioner of transcendental meditation, but has yet to give a public endorsement leading up to the Iowa caucus. KC McGinnis for Politico Magazine 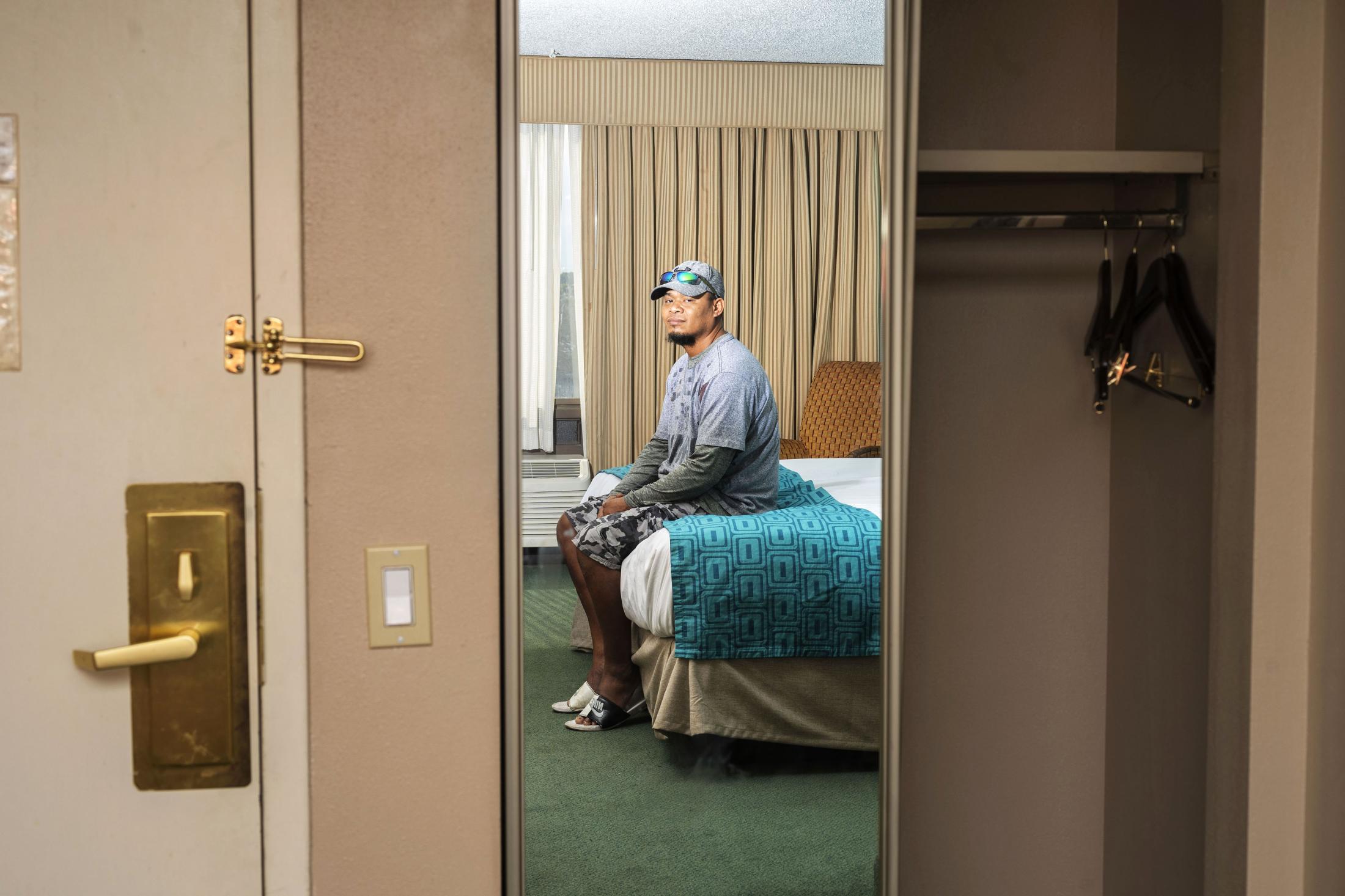 SIOUX CITY, IOWA - OCTOBER 6, 2019: Justy Joseph sits on the bed in his room at the Sioux City Hotel & Conference Center in Sioux City, Iowa before a meeting for local Micronesian workers at the hotel on Sunday, October 6, 2019. Several Micronesian workers like Joseph have lived at the hotel while they await permanent housing, sometimes for months at a time. CREDIT: KC McGinnis for The New York Times 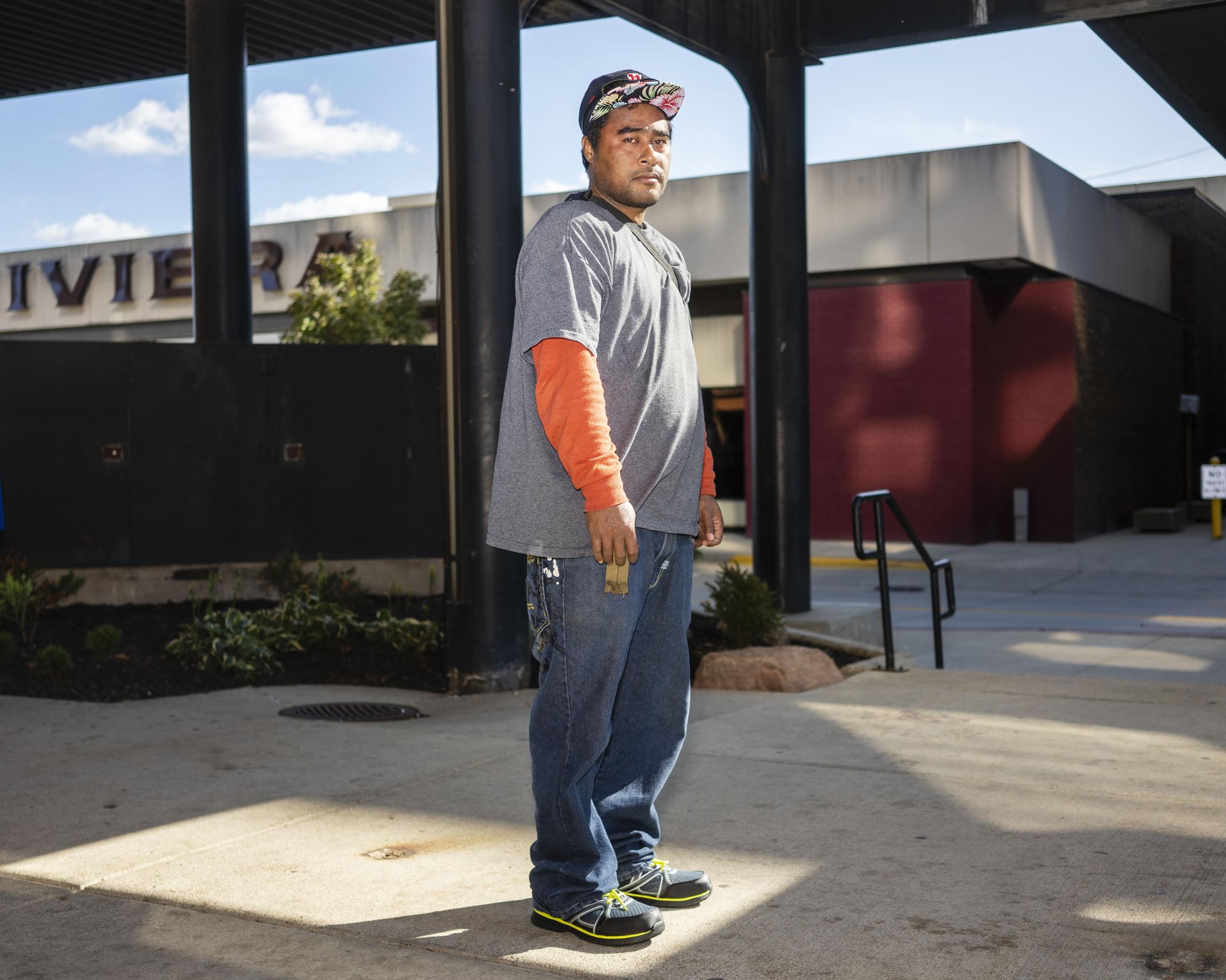 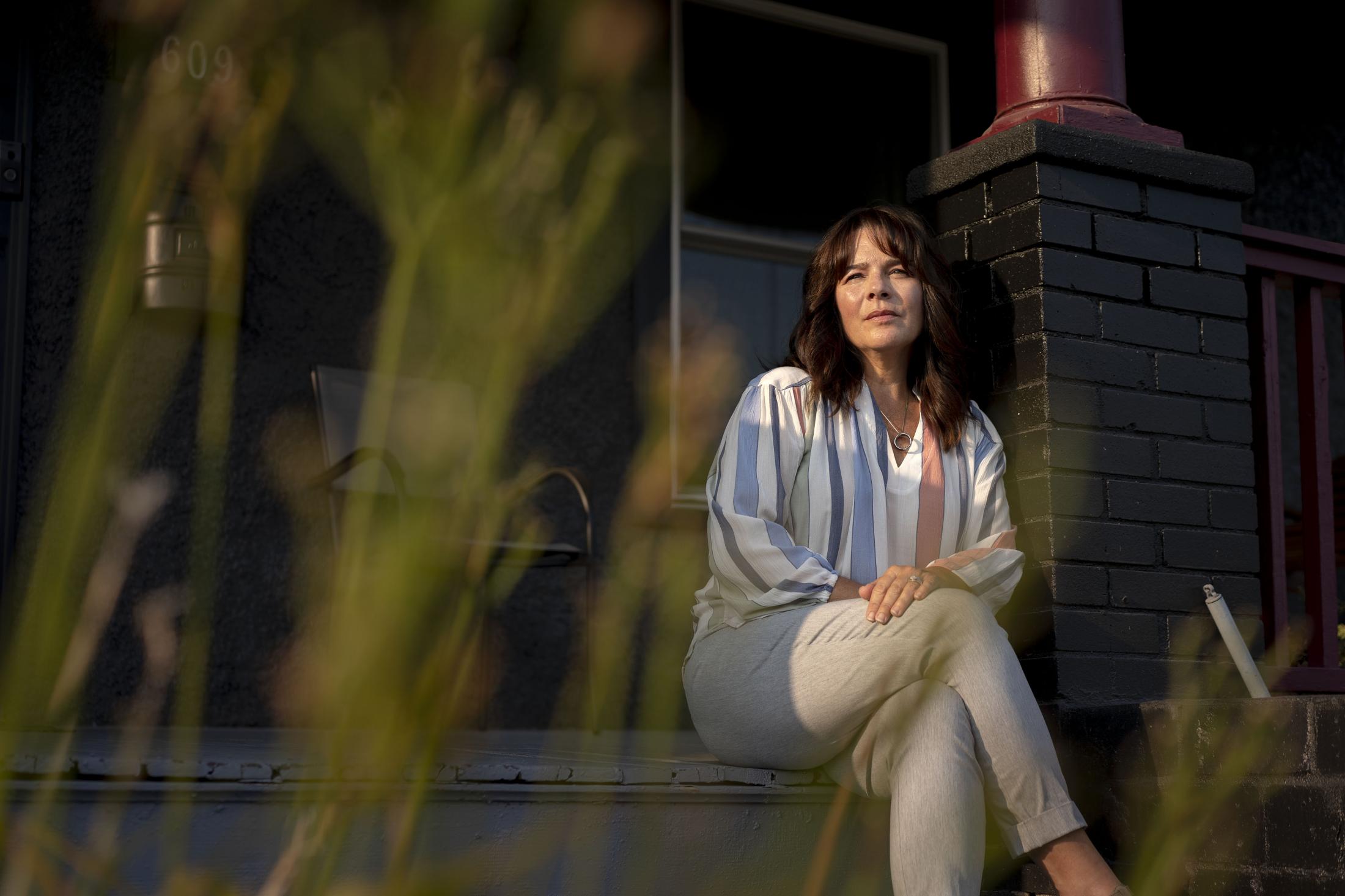 Pamela Dennen poses for a portrait at her home in Marshalltown, Iowa on Tuesday, August 25, 2020. Her husband, Kyle Brown, died from complications of COVID-19 on April 29. CREDIT: KC McGinnis for The Wall Street Journal. WORSTDAY__IOWA 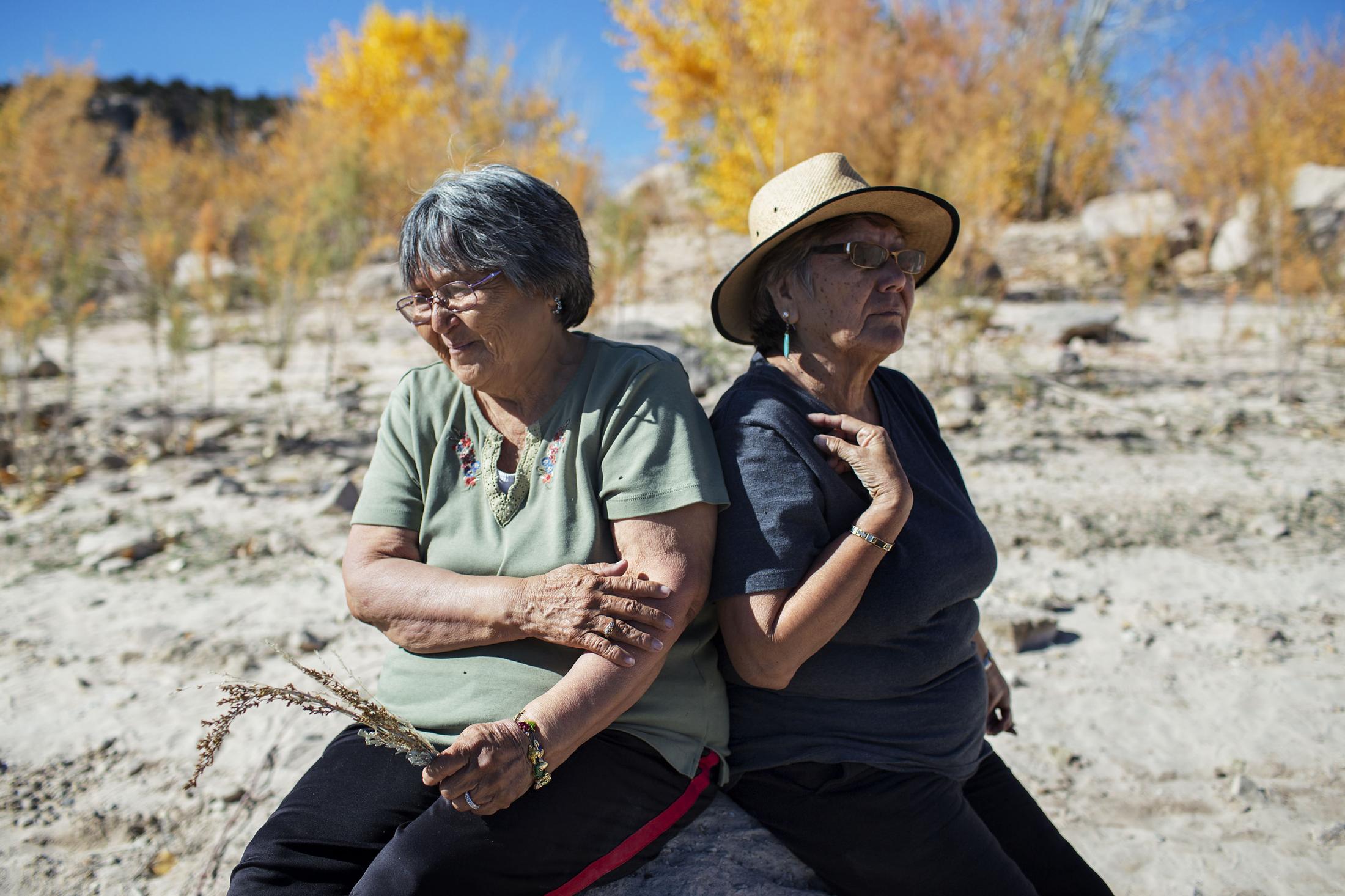 BLANDING, UTAH - OCTOBER 27, 2017: Sisters Louise Jensen and Irene Clah sit on a rock along a reservoir near Bears Ears National Monument land outside Blanding, Utah on Friday, October 27, 2017. Jensen and Clah, Navajo people who grew up in the area, expressed doubts that Bears Ears' monument status will protect their way of life, instead showing concern that the monument's popularity with tourists may cause greater interference with the land. CREDIT: KC McGinnis for The New York Times 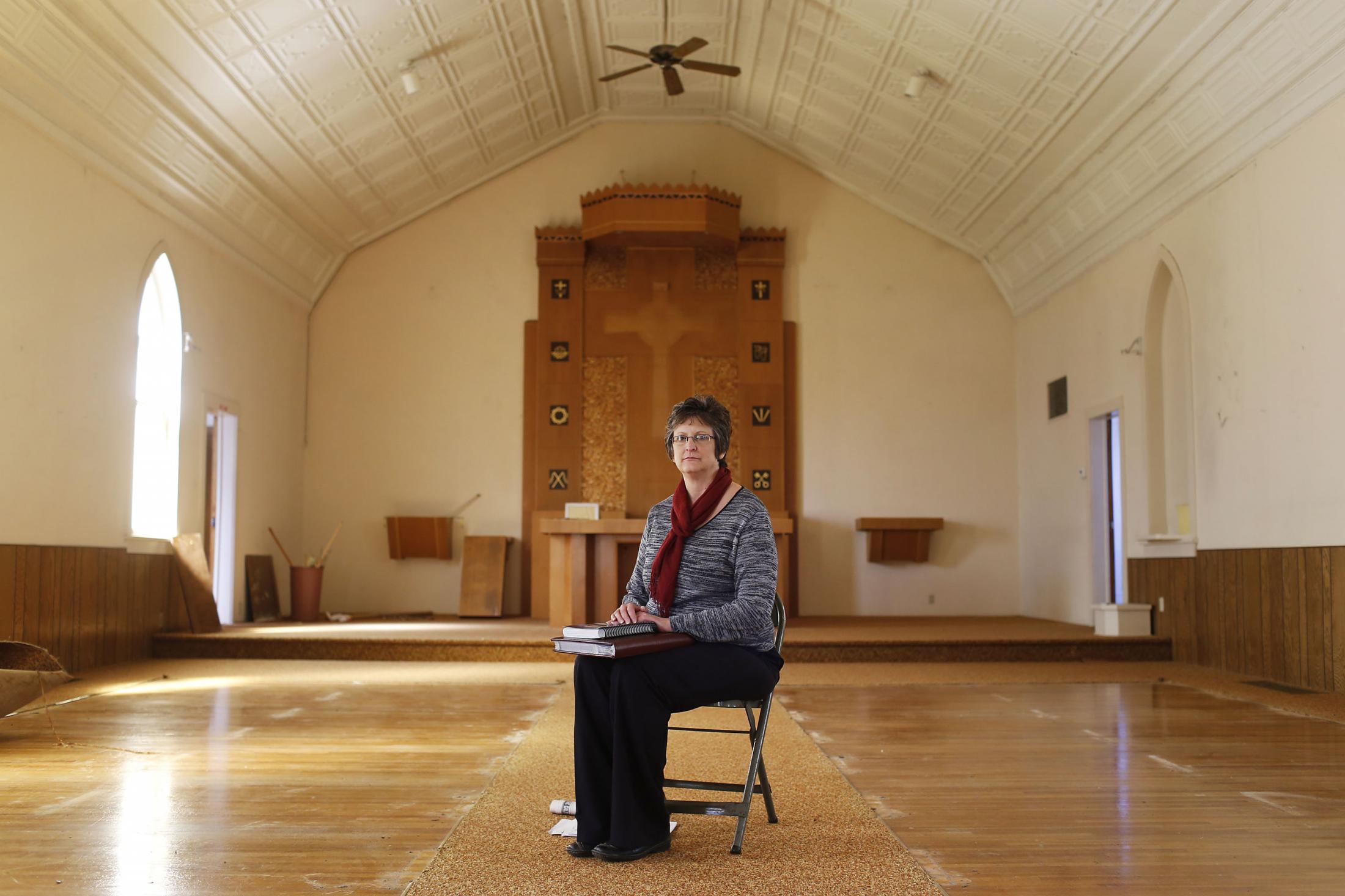 Nancy Schlichte sits in the now-stripped Our Lady of the Assumption Church in Merrill, Iowa shortly before its demolition. In northwest Iowa, the Sioux City Diocese planned to close or consolidate almost 40% of its parishes, mostly in rural areas and farm communities. 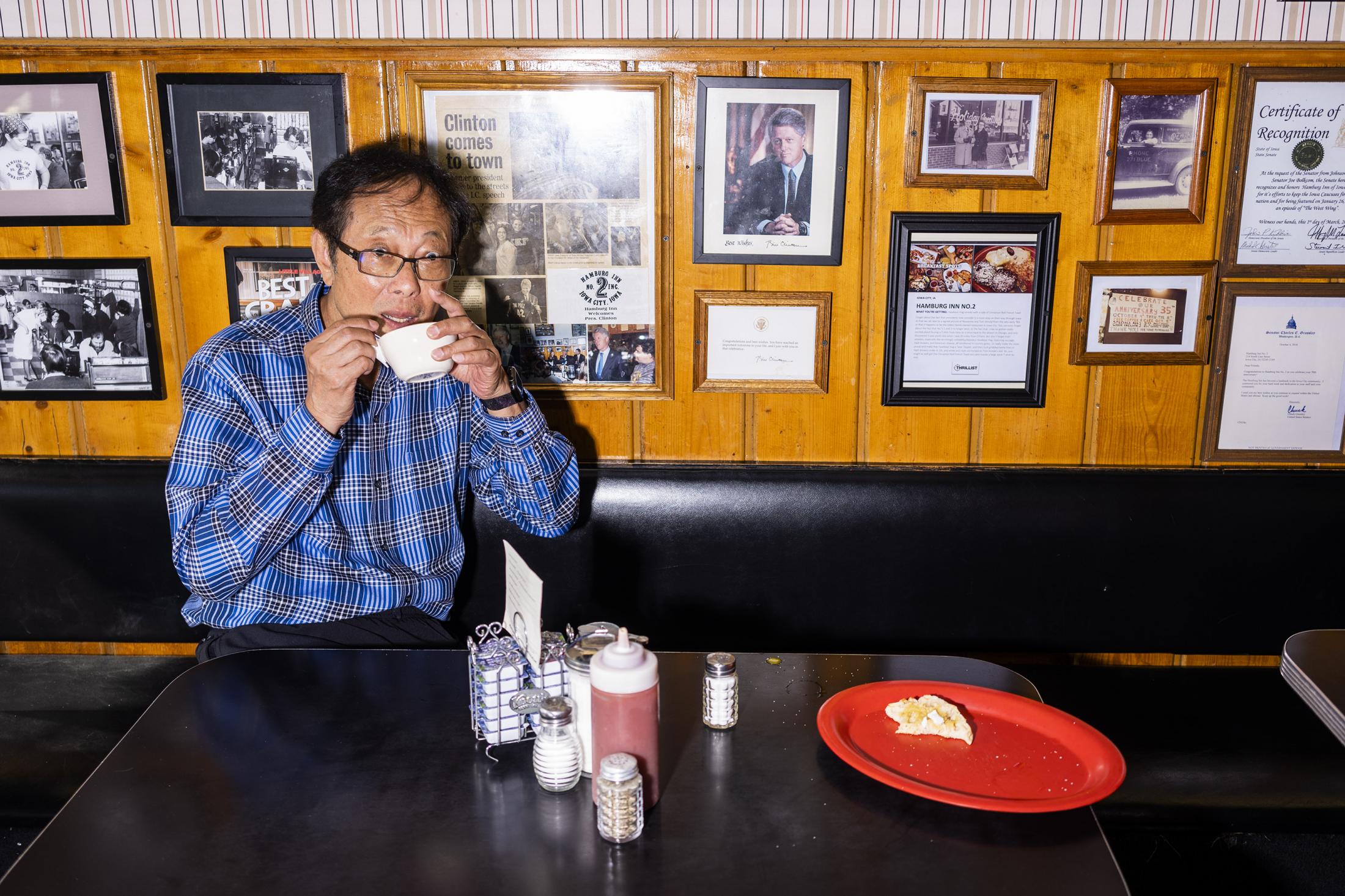 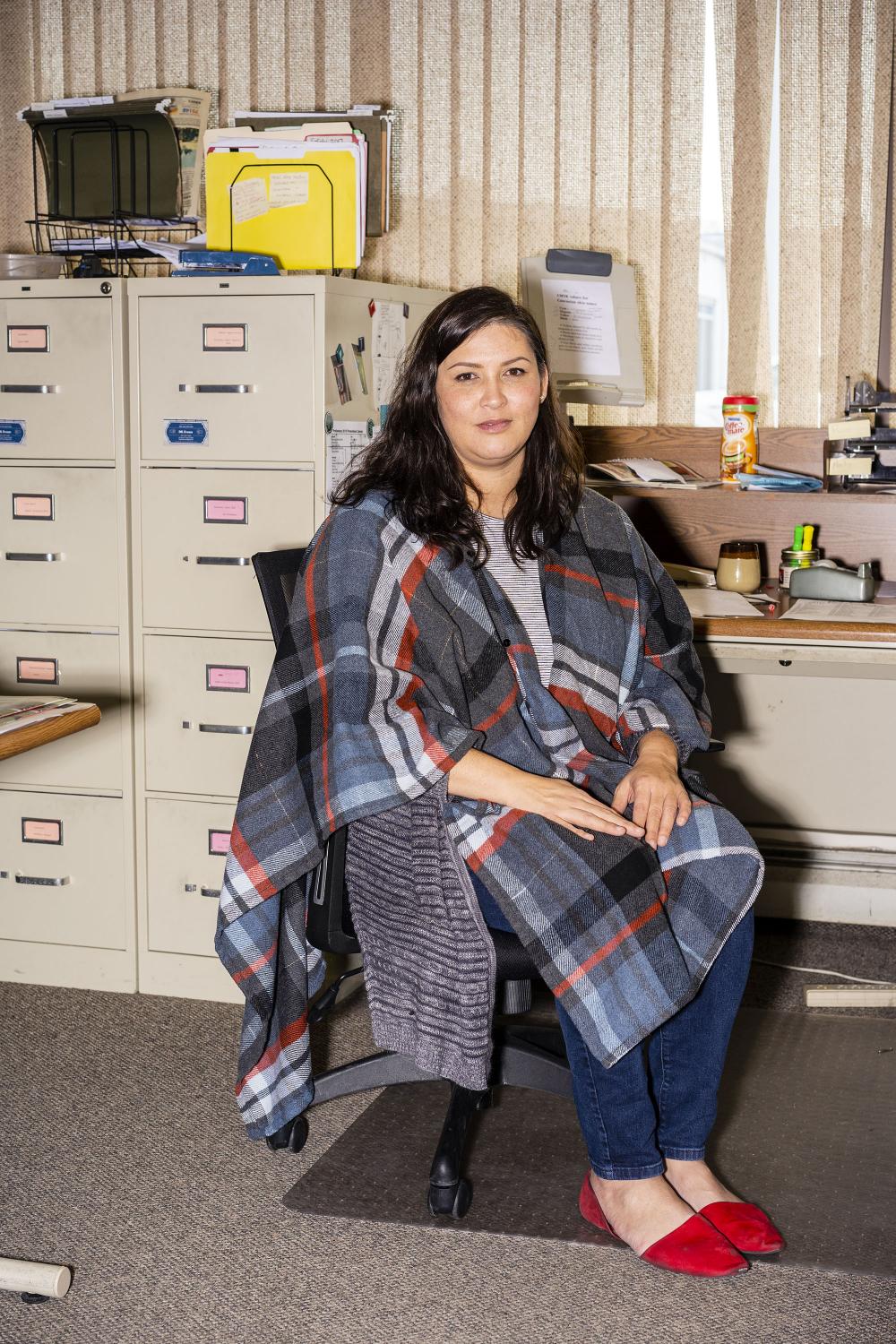 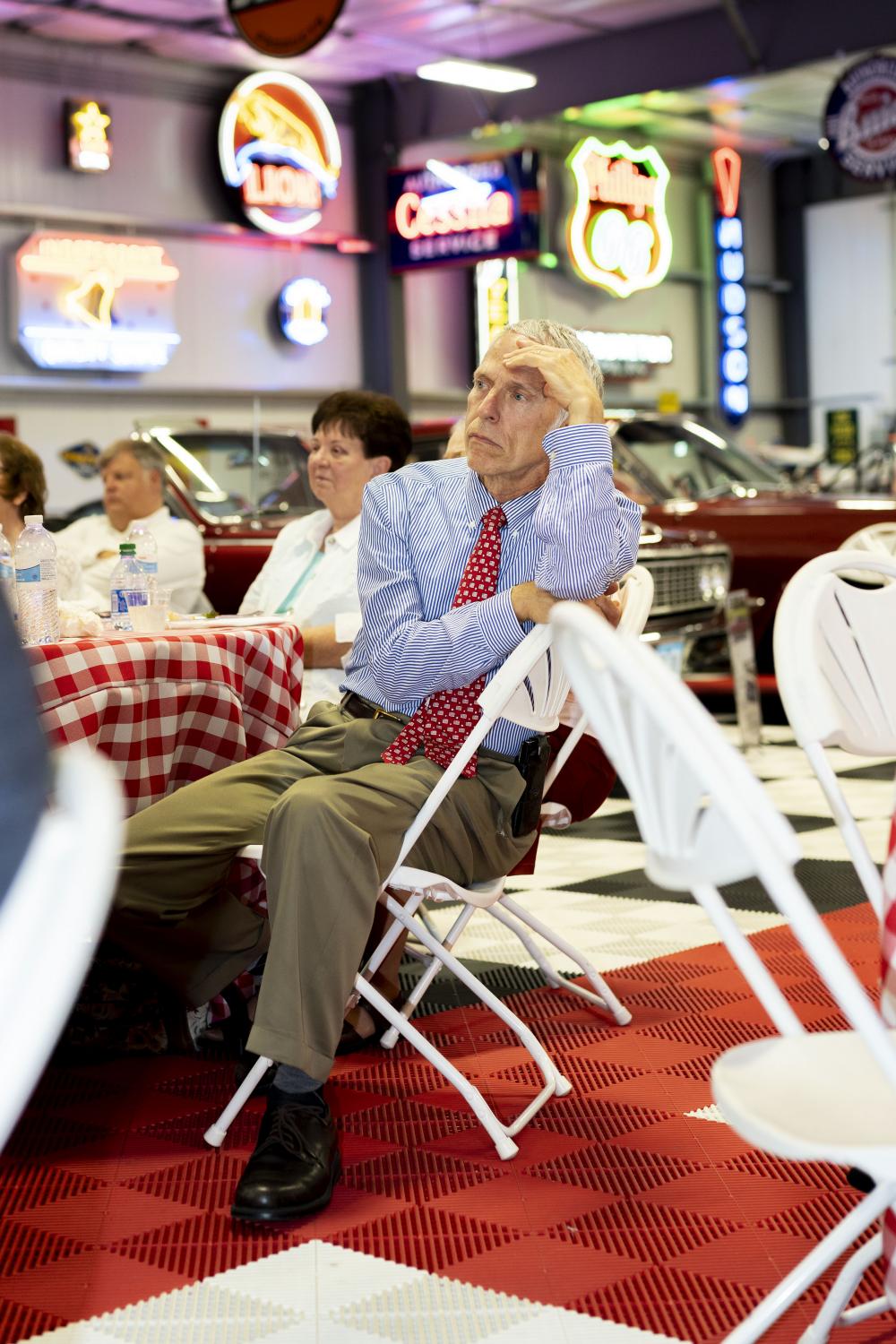 SIOUX CENTER, IOWA - JUNE 29: Paul Johnson of Union County, South Dakota listens as U.S. Senators for Iowa Charles Grassley and Joni Ernst join Senator Tom Cotton of Arkansas at a Republican fundraiser in Sioux Center, Iowa on Tuesday, June 29, 2021. This northwest Iowa county has traced the arc of Donald Trump’s political career and is already getting attention in the shadow primary among Republicans trying to position themselves to compete for the party’s 2024 nomination should the former president decline to run again. CREDIT: KC McGinnis for The Wall Street Journal. SIOUXCOUNTY 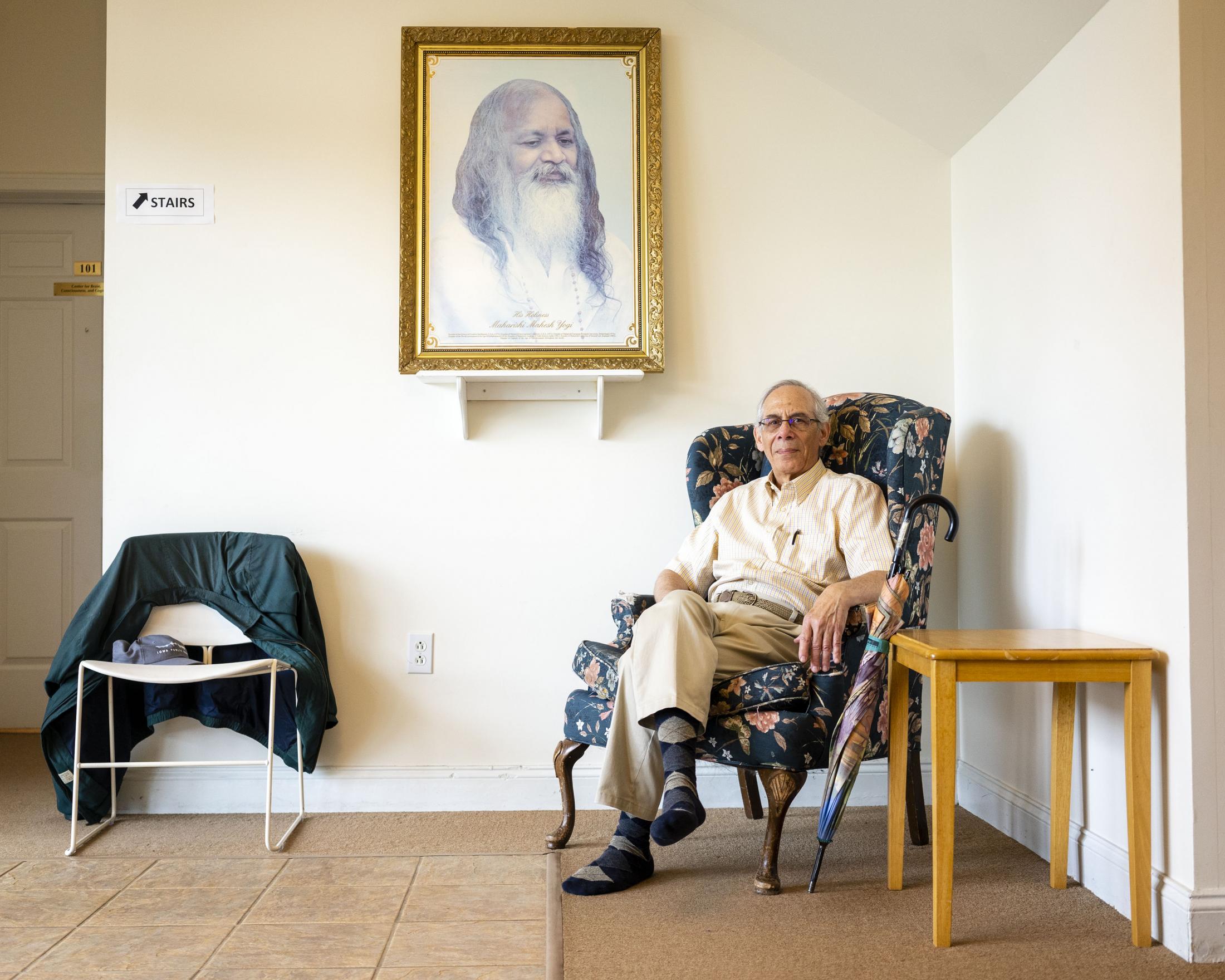 Ken Chawkin poses for a portrait on the Maharishi University of Management campus in Fairfield, Iowa on Saturday, September 21, 2019. KC McGinnis for Politico Magazine 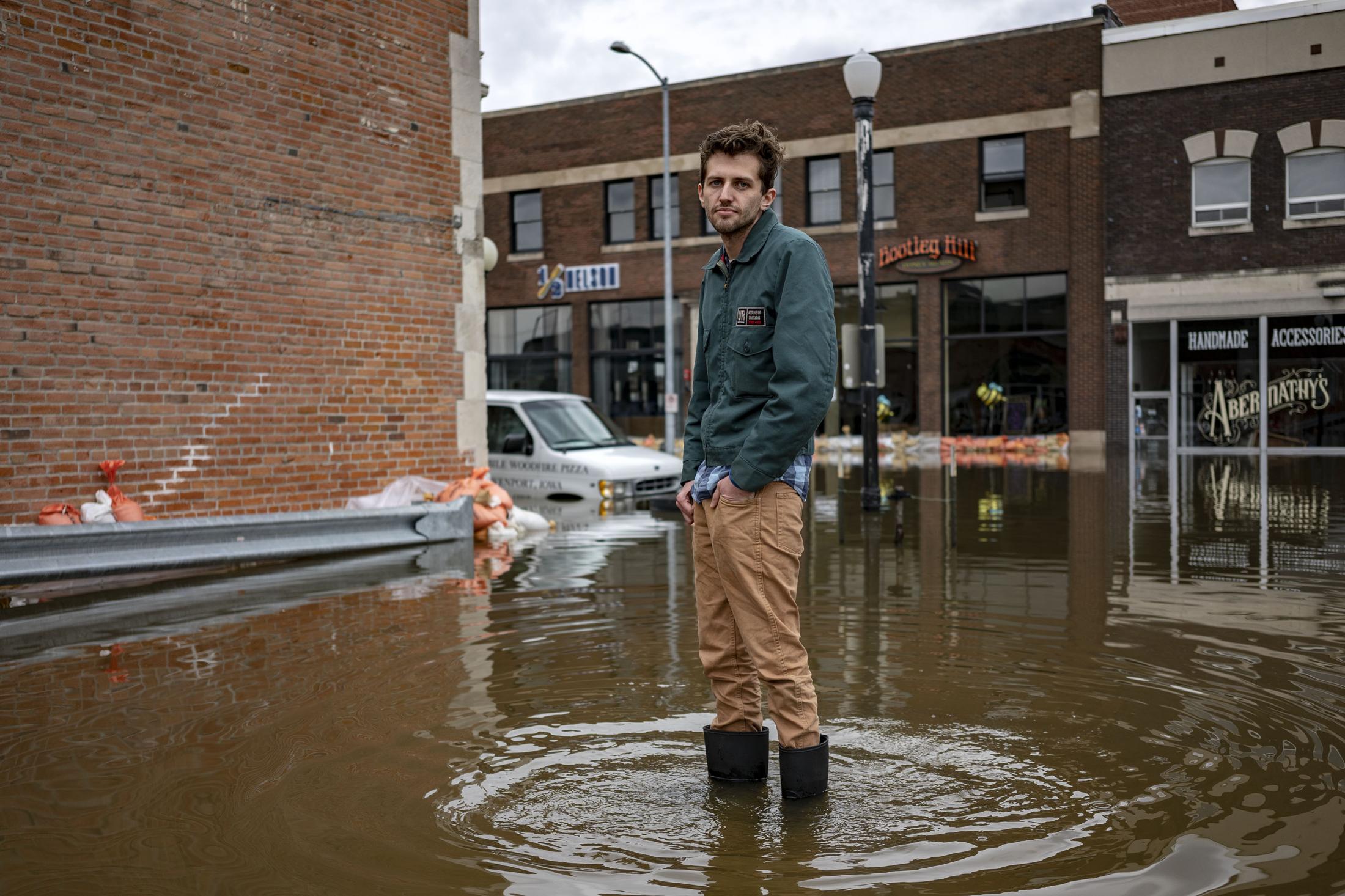 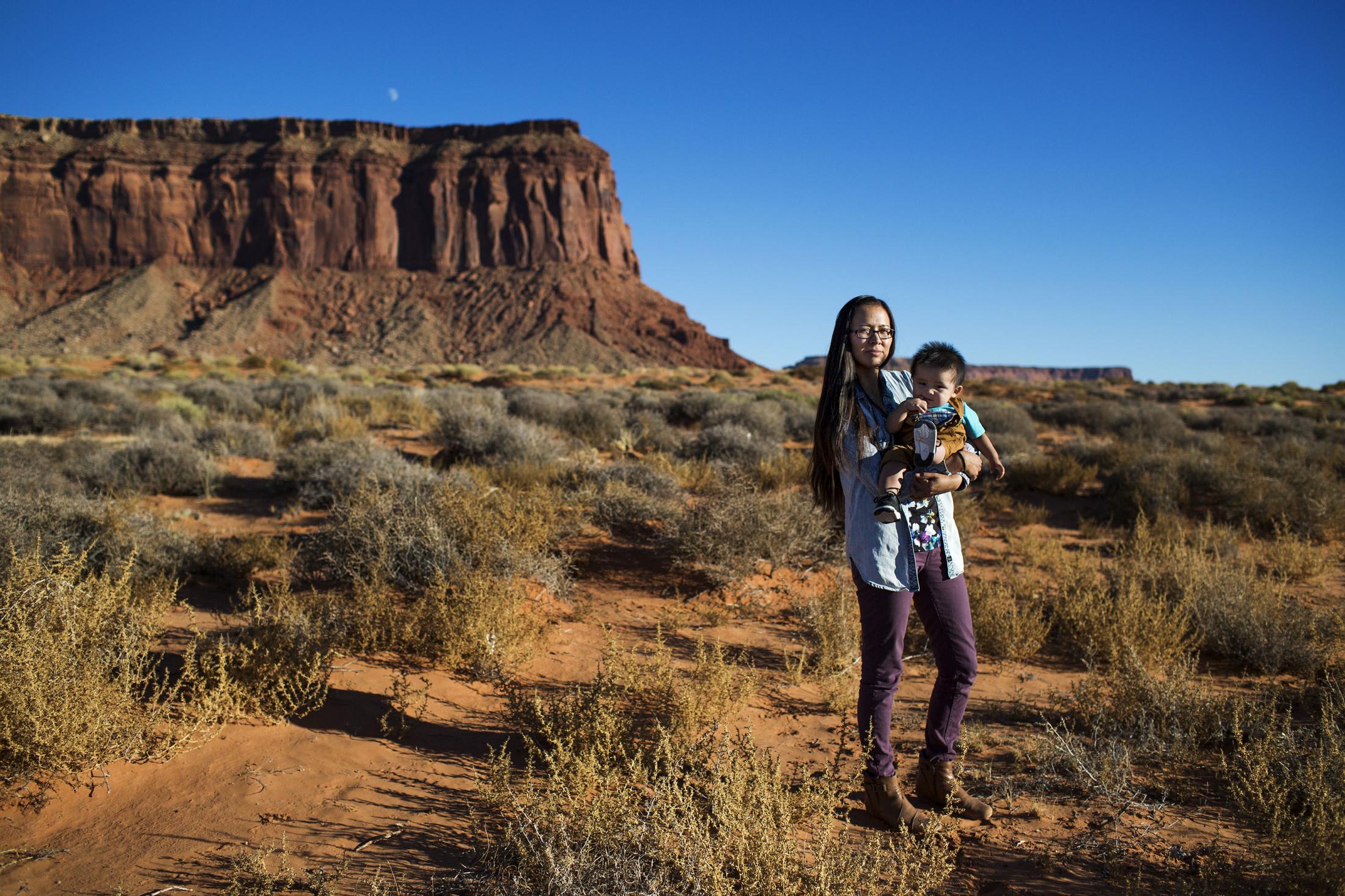 SAN JUAN COUNTY, UTAH - OCTOBER 29, 2017: Cynthia Wilson holds her eight-month-old nephew Eusshaw Myerson at her family's home at the foot of Eagle Mesa in Navajo Nation in San Juan County, Utah on Sunday, October 29, 2017. Wilson and her family observe a spiritual lack of distinction between the living, their ancestors and the land that informs their support for Bears Ears' National Monument status. CREDIT: KC McGinnis for The New York Times 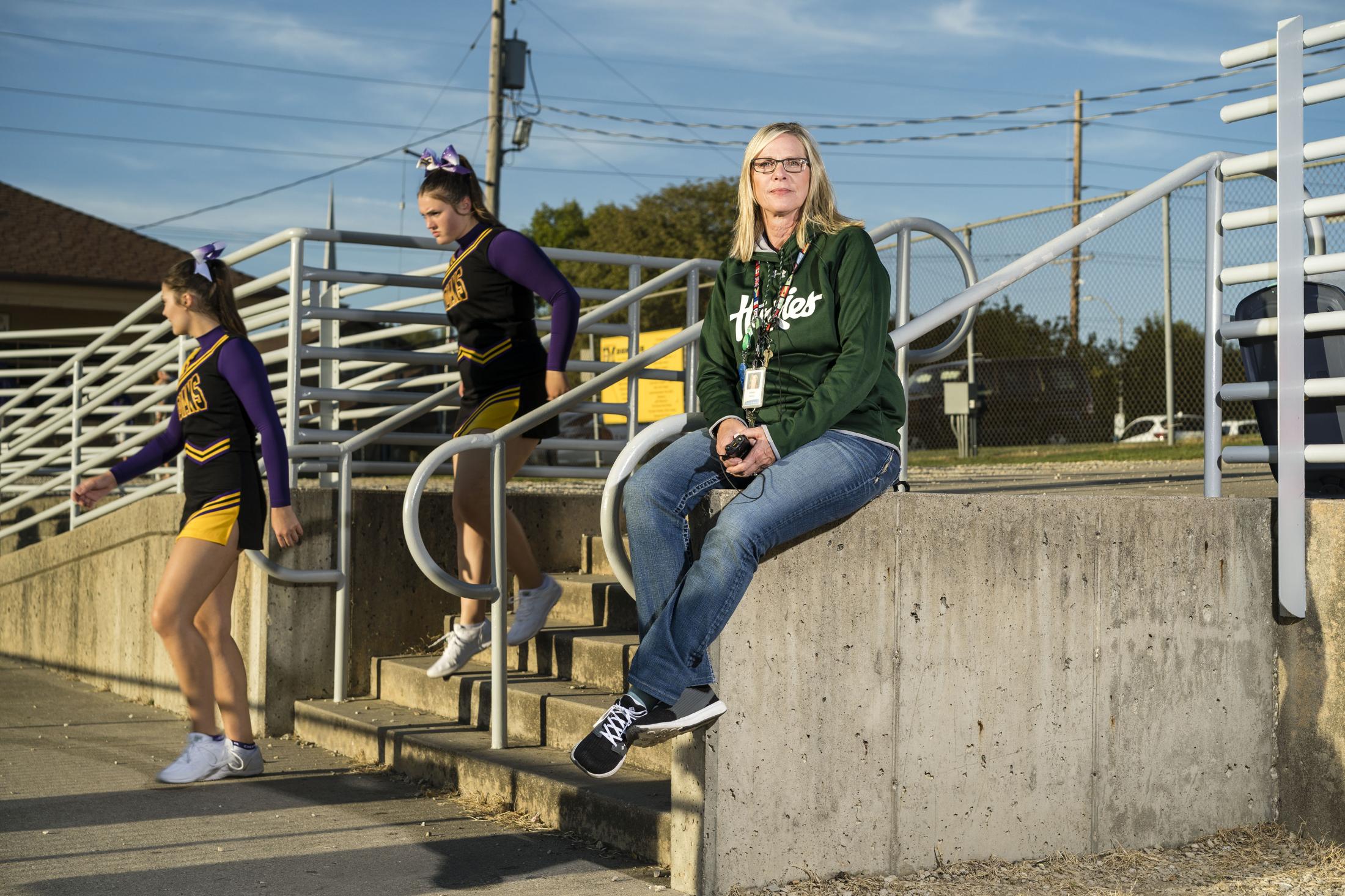 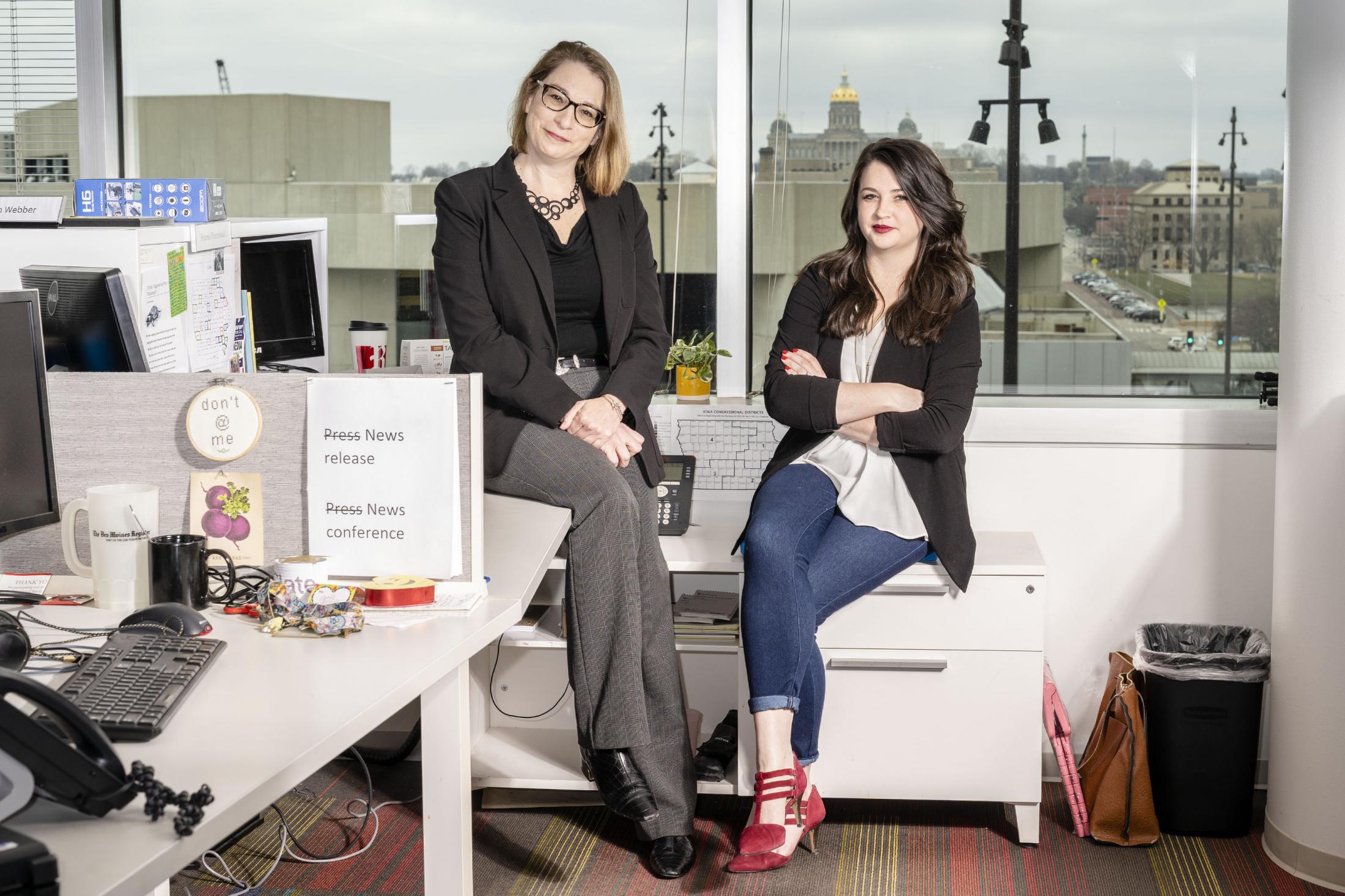 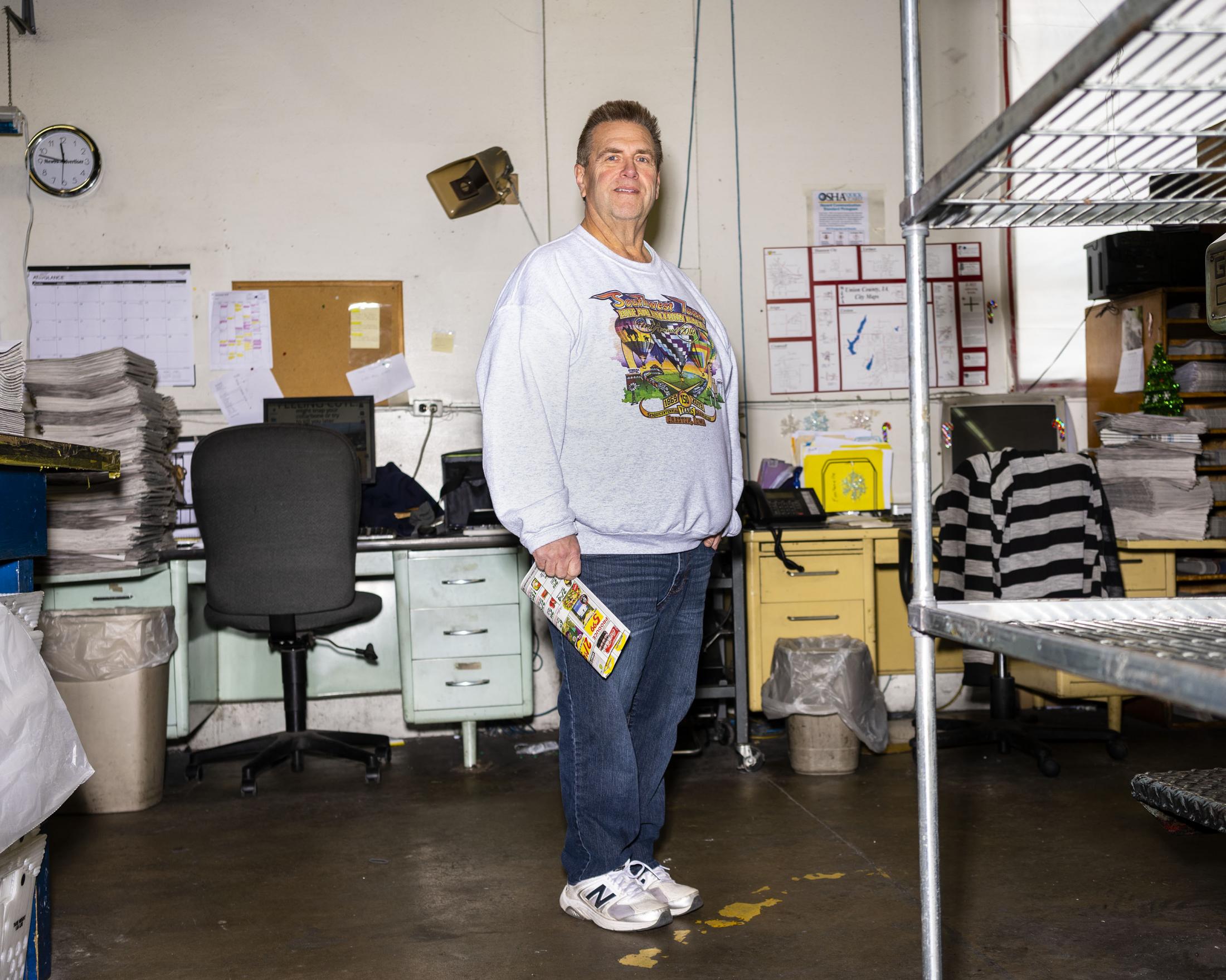 Publisher Rich Paulsen stands in the printing press room of the Creston News Advertiser, as well as several other local publications, in Creston, Iowa on Friday, December 13, 2019. KC McGinnis for La Croix L'Hebdo 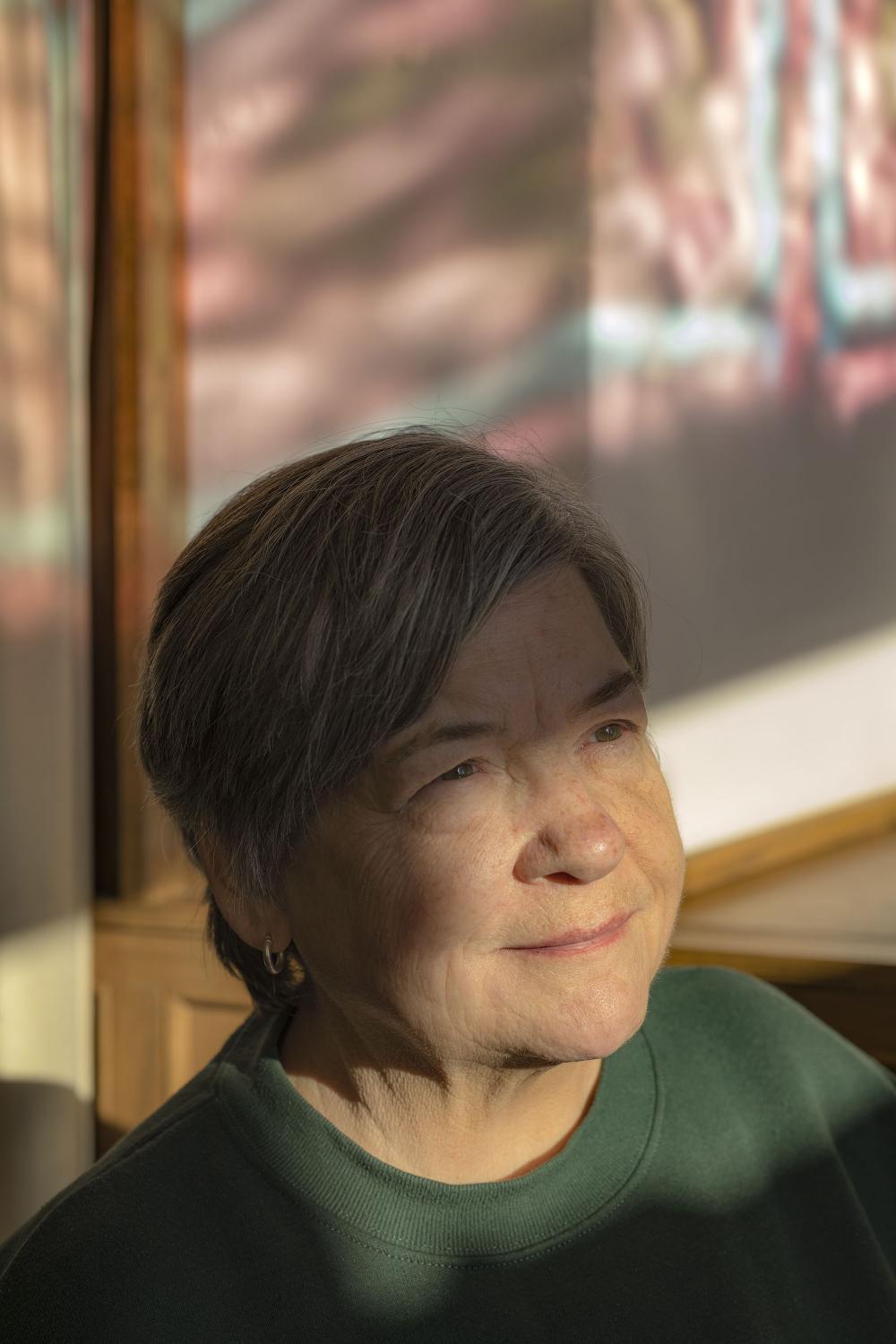 MARSHALLTOWN, IA - DECEMBER 5: Sister Christine Feagan poses in Saint Mary Catholic Church in Marshalltown, Iowa on Wednesday, December 5, 2018. A review by The Post of Acting Attorney General Matthew G. Whitakerâ€™s statements and actions as US Attorney for the southern district of Iowa from 2004 to 2009 found that Whitaker claimed credit for initiating a six-state raid in 2006 that was designed to be on the largest such crackdowns at the time. (Photo by KC McGinnis/For The Washington Post) 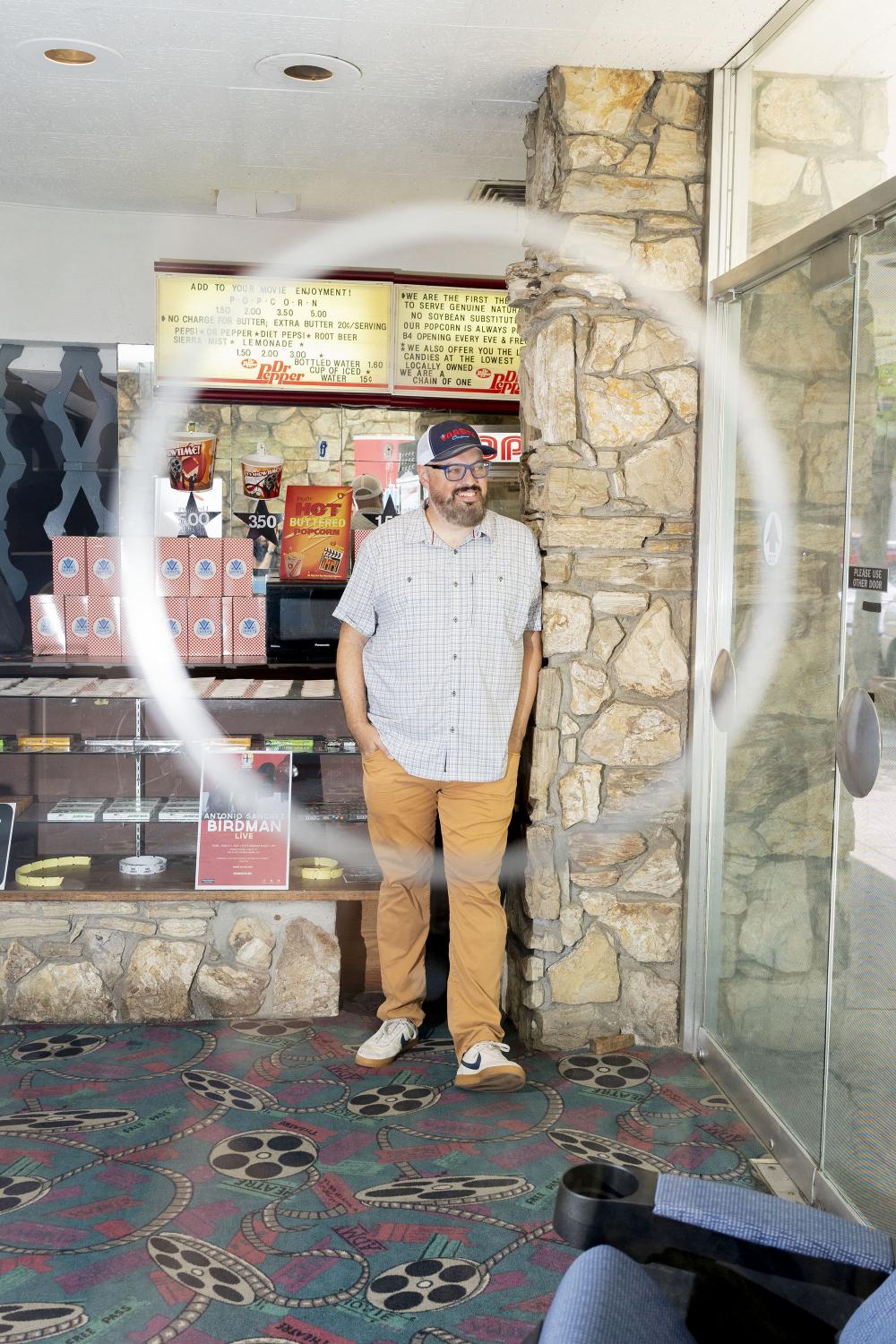 DES MOINES, IA - JULY 22: Ben Godar, Director of Des Moines Film, poses for a portrait in the lobby of the Varsity Theater in Des Moines, Iowa on Thursday, July 22, 2021. Godar took over the historic Des Moines theater, which had been operated by a single family since the 1950s, and plans to make $3 million in renovations over the next year. (Photo by KC McGinnis for The Washington Post) 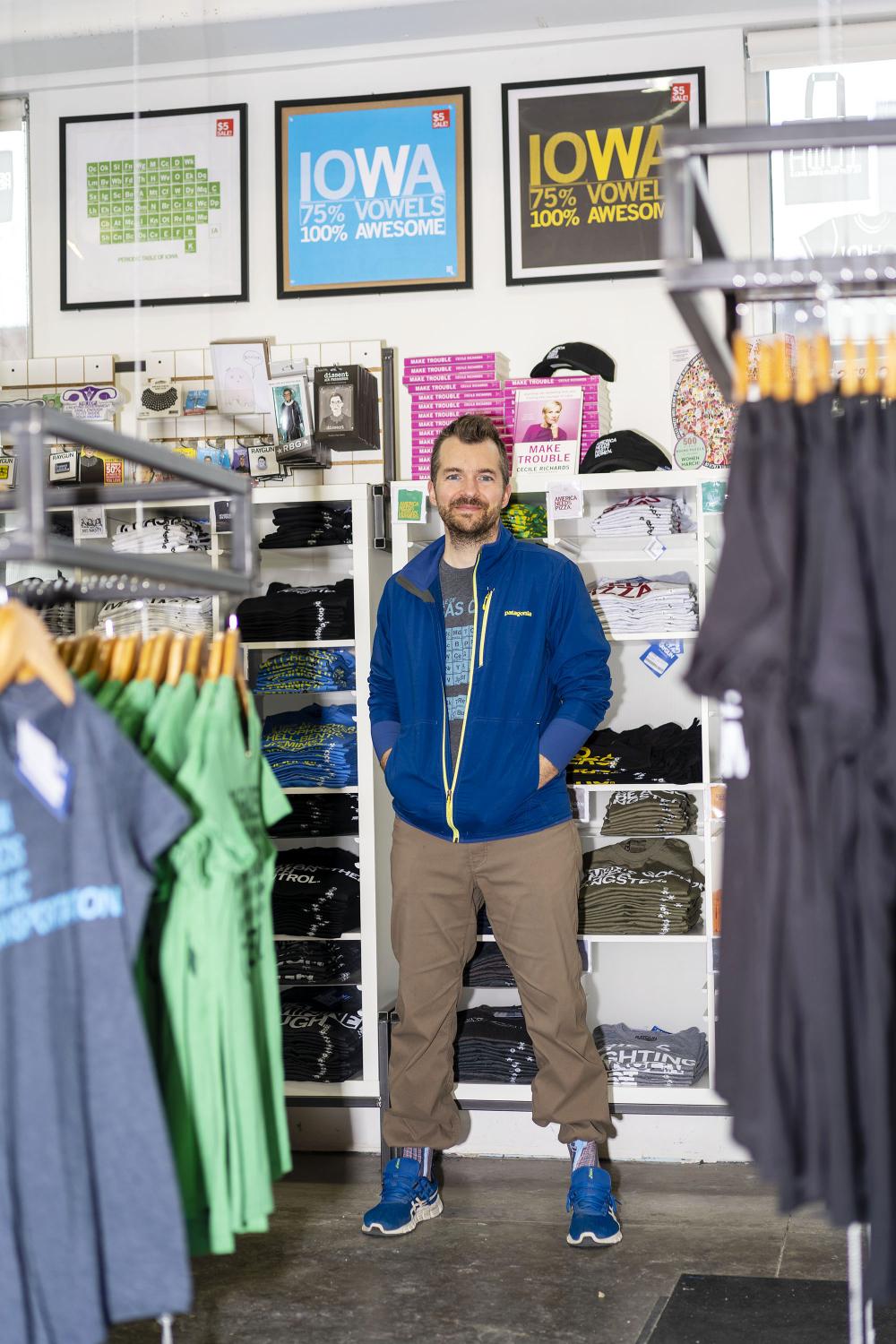 Mike Draper, founder and owner of Raygun, poses in his store and workshop in Des Moines, Iowa on Thursday, January 30, 2020. KC McGinnis for Inc. 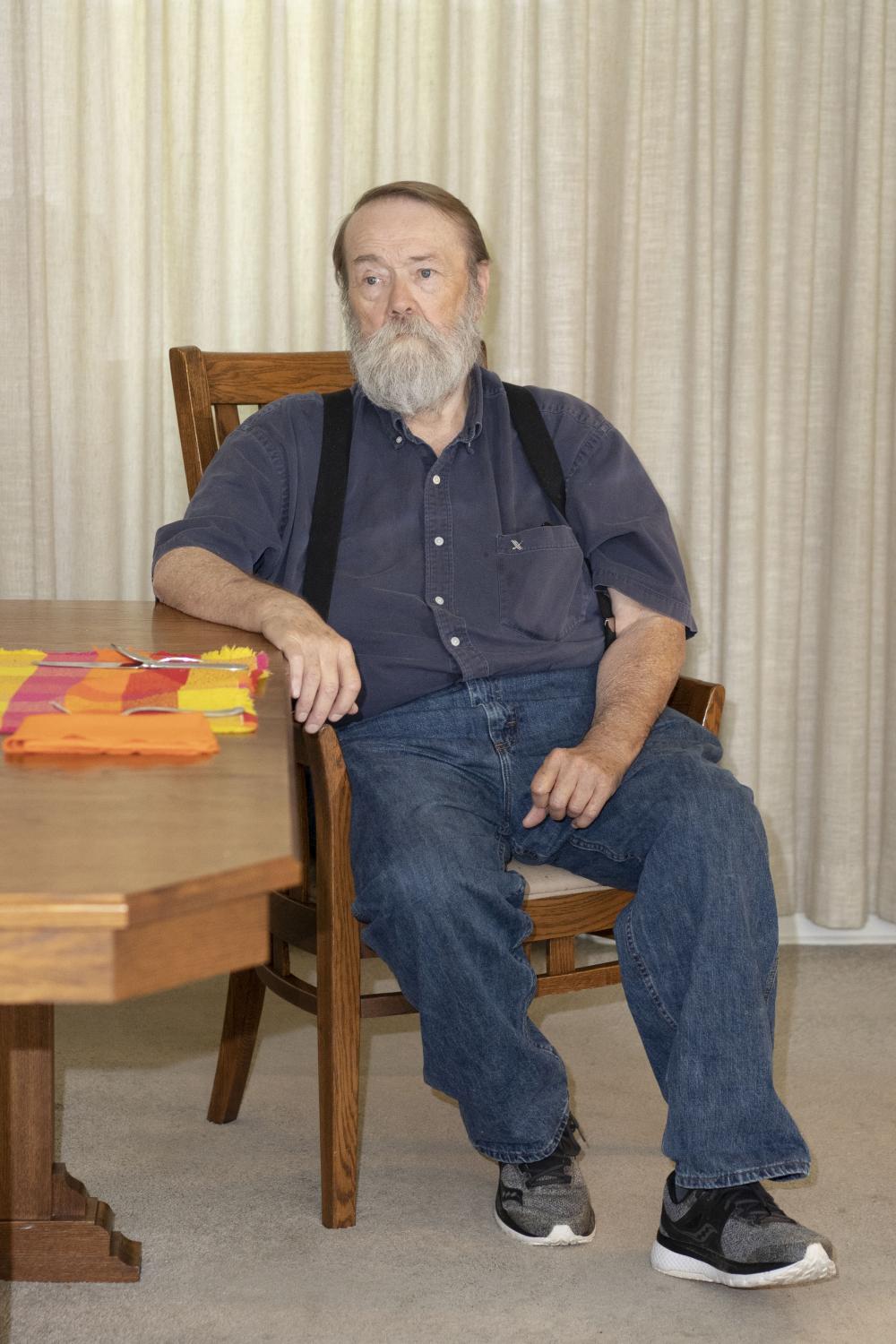 Mike Sweet poses for a photograph in his home in Burlington, Iowa on Sunday, August 15, 2021. After 44 years at The Burlington Hawk Eye, Sweet retired shortly after the hedge fund GateHouse bought the paper. KC McGinnis for The Atlantic 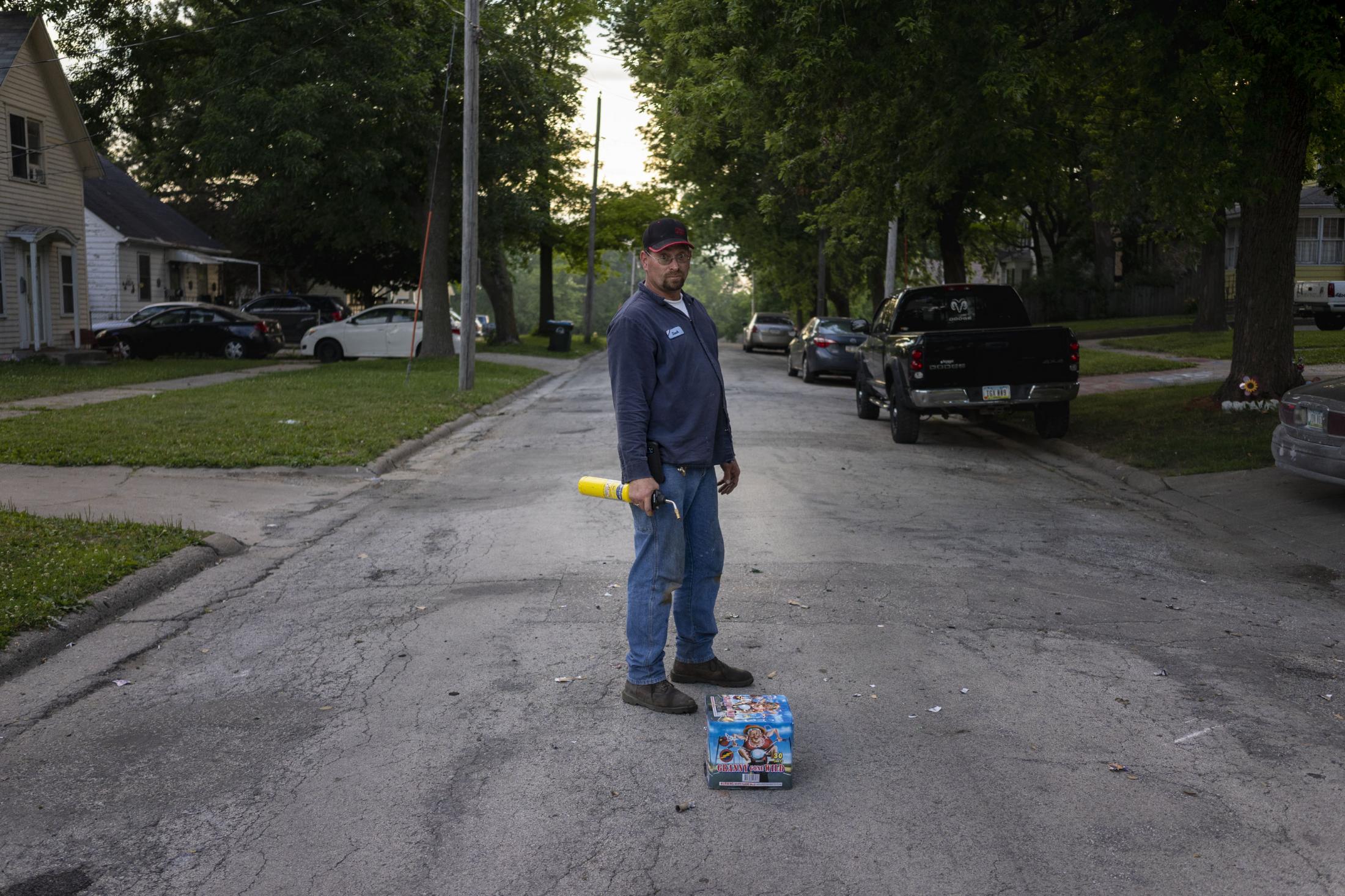 KC McGinnis is a photographer and photojournalist raised in Iowa and based in Des Moines.